We have a children's mental health crisis in America.

About one third of children with mental health disorders see only their regular doctor for treatment. Family doctors often prescribe medications without consulting with a child psychiatrist. Children's doctors tend to prescribe medication more often than psychiatrists would (Anderson, Pediatrics, 2015). And doctors aren't trained to help families cope with mental health needs.

Delayed or poor treatment of early disorders can lead to problems later in life.  Too often children and teens with untreated mental health issues turn to drugs and alcohol (Kessler, Biol Psychiatry, 2004). Without emotional skills and guidance, small problems get worse. Children and their families fall into crisis.

The Affordable Health Care Act says mental health treatment must be provided like all other health care. But there are only 8300 practicing child and teen psychiatrists, for over 15 million children who need their help. The greatest need is in poorer areas, both city and country, where heroin abuse is high, and income, education quality, and employment are desperately low.

Becoming a child psychiatrist requires years of school and training, and the income doesn't match that investment. But there are some solutions: Universities could help with more efficient training. Schools could create certificate training for pediatricians and family doctors. Outreach programs for families, children and teens could help parents find out if their child needs mental health care.

Improving service for children's mental health would help take a chunk out of drug abuse, mental health-related hospital stays, imprisonment, job issues and poverty in later life. But until we as Americans start to see how social problems come from mental health problems, until we see each child in our country as our own future, we're going to continue to see troubled children grow into lost adults. We're going continue to lose the future, a child at a time.
Posted by Krystie Keller at 08:17 No comments:

How to approach bullying behavior

Labeling a child as a bully is not the way to stop them from bullying. Punishing a child for bullying doesn't teach better behavior. Worse, punishment can backfire, causing more misery for the child who is being victimized, and closing down both children from communicating with adults.

An incident of bullying is just the fruit of many adult failures that led to it. Both children, the one who is bullying and the one who is the target, are signaling their need for prosocial skills. They've been let down, up to that point, by adults who should be guiding them to healthy interactions.

Now, that all sounds like a lot of words when you're trying to untangle a bullying incident. Some parents will advocate for making the victim tougher, some for punishing the bully, and many for making one apologize to the other or worse, letting them work it out on their own. The last "solution" almost always leads to the weaker child's further suffering, and the bullying child getting an unfair advantage. It's also not wise to push the responsibility for stopping bullying onto other kids. "If you do nothing, you're also a bully" only serves to punish those idealistic kids who try to step in.

Adults may say that kids who bully are actually insecure, but that's not always the case. Often the bullying child seems pretty darn confident and downright smug. There's a developmental element: four year olds tend to swing toward bullying, and it can pop up again around 6 and 12, ages when kids are focused on rules, control, and "fairness." These aren't the only ages when kids are dealing with these issues, or the only times bullying comes up, though.

Many child development specialists point out that often the same child that is a victim in one case becomes a bully in another. That's one reason I'm against labels. The other is that labeling a child reinforces the very behavior you're trying to undo.

So if no child is a "bully" then what's going on? And more important, how do we solve it?

First, let's look at the mistaken goals for both sides. Bullying is a way of asserting control. When children fight to gain control it's a hidden message about how they feel. The way the mistaken goal chart works is pretty simple and amazing. A child's misguided behavior makes most adults react in pretty similar ways. So your own reaction is a clue. When the child is bullying, the goal is for power, and it makes grownups feel angry, challenged and perhaps even threatened. The child may feel they've won by making their victim upset. The child who acts out in this way is in dire need of a sense of belonging, and they're using this behavior to try to put themselves on top of the social pile. There's a hidden fear in there: if I'm not on top, in charge, scaring a weaker kid, I no longer have a role in the group. I'm a loser.

You won't stop that cycle with punishment, humiliation, labeling, ostracizing, or anything else other than helping that child find a better way to belong. Your power trip isn't going to teach the child not to have a power trip. What you want to do is offer the child a better way to belong. You can do this by modeling, by helping them identify and understand their needs, and by helping them to find better ways to get the benefits of social interactions. The sooner the adults can defuse bullying behavior the less intoxicated that child will be by the cheap power that comes with it. In a pinch you can redirect his or her behavior away from the act, by asking them for help, by giving him or her a job to do; or by offering a developmentally appropriate social skill, like "we don't fight over toys, we ask for a turn."
What about the "victim"? The victim is often passive, unable to marshal the social and emotional resilience they might use in other situations, or they may need to learn resilience from others. Sometimes they're driven to fight back in vengeful ways. Unfortunately, many adults encourage this choice. So much adult advice only makes things worse for kids in this situation.

If you have the luxury, take time to listen  and help both kids resolve the problem. This works well with older children. Teaching both kids how to negotiate a social situation can often be enough to end the behavior. Depending on their developmental skills you may need to intervene a little or a lot. Help them shape the negotiation, but don't force them to take your solution. Offer them choices that lead in the direction you feel is best. It may even turn out that both kids end up being friends, once they have the key to resolving their struggle.

Very few children see their behavior as bullying. Even middle schoolers may not understand that what they're doing is wrong, or why. It's up to adults to shape their perceptions and encourage empathy. You can't punish anyone into feeling a common humanity with their target, or with their oppressor. It takes wisdom, patience, firmness and time. The sooner you teach, model and encourage prosocial behavior, the sooner children will be able to take it up on their own. And the fewer problems you'll have down the road.
Posted by Krystie Keller at 15:44 No comments:

Telling a toddler or preschooler "no" doesn't teach him what you want him or her to do.

Instead of saying no, try: 1. giving a positive direction to his urge; 2. distract and redirect; 3. offer choices that lead to the behavior you want; or 4. childproof the situation. Children naturally want to please adults and get that positive attention, so work with it.

Use those 4 tools to guide the child, and add one more: teach him or her to think for himself. Example: "It's cold outside, do you want to be chilly or warm?" (warm!) "What do you need if you want to go outside and stay warm?" (coat!) -- do this a few times and he'll start thinking it through on his own.

Once a child learns to do something on his own, never do it for him, even if you're tired, or it's late and you're in a hurry. Responsibility cures misbehavior, and the first responsibility we all have is toward ourselves. As a parent, it's your job to make sure your child takes on that job as soon as he or she is able. Whether it's cleaning up a mess they've made, making other good behavioral choices, problem solving, negotiating, or simple social skills that lead to forming friendships, the sooner your child learns to take an active role in his or her own life, the sooner you'll have a little freedom to enjoy their new skills and achievements with them.
Posted by Krystie Keller at 11:16 No comments: 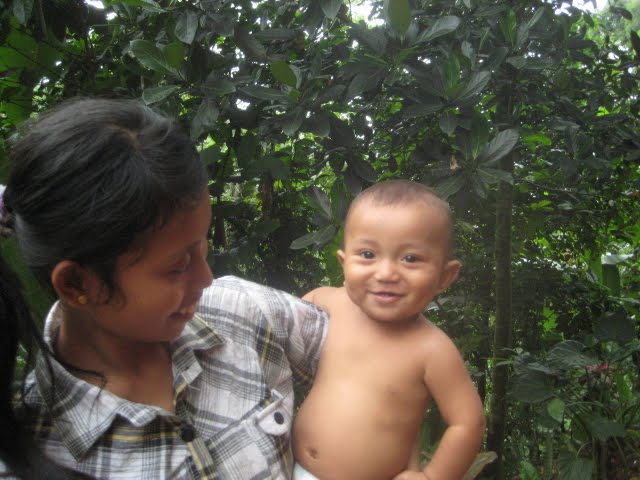 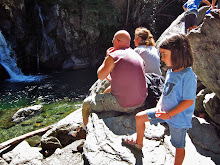 Contact me at buildabetterchildhood@gmail.com. Please note if you prefer your response to be confidential. I'll never use your name or personal information, anywhere. 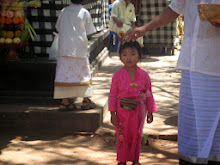